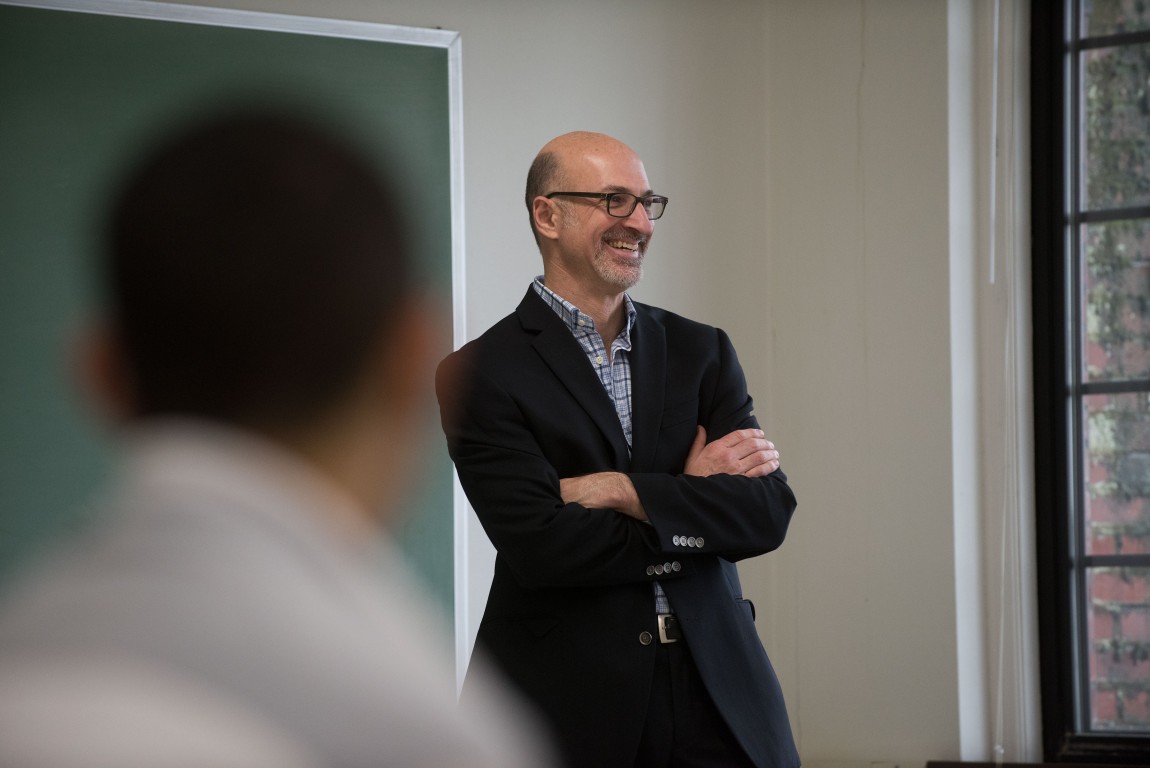 In a former life, Professor Jeff Matthews P’16 worked as a risk manager, but always maintained an interest in business history. An early retirement afforded him the opportunity to pursue his passion, and he soon earned a doctoral degree in history. Matthews came to Puget Sound in 2000, excited by the cutting-edge business program and the focus on interdisciplinary teaching and learning. He has since served as a dedicated teacher and mentor to hundreds of students, and given to the Friends Fund annually to support financial aid. He's been afforded a great deal of freedom and latitude in both his teaching and scholarship, which he feels has taken his career on a special path. Now also a Puget Sound parent, Matthews has also been incredibly impressed with daughter Katherine's development and achievements.

With a desire to give back beyond his annual fund contributions, Matthews met with Director of Capital Giving, Kurt Graupensperger ’87, to talk about a legacy gift. Recently, he made a simple legacy gift through a beneficiary designation. He is proud that his gift will support a life-changing Puget Sound education for future students.

"I feel obligated to reciprocate the investment Puget Sound has made in me," said Matthews. "I trust that my gift will help Puget Sound continue to the next stage of excellence."